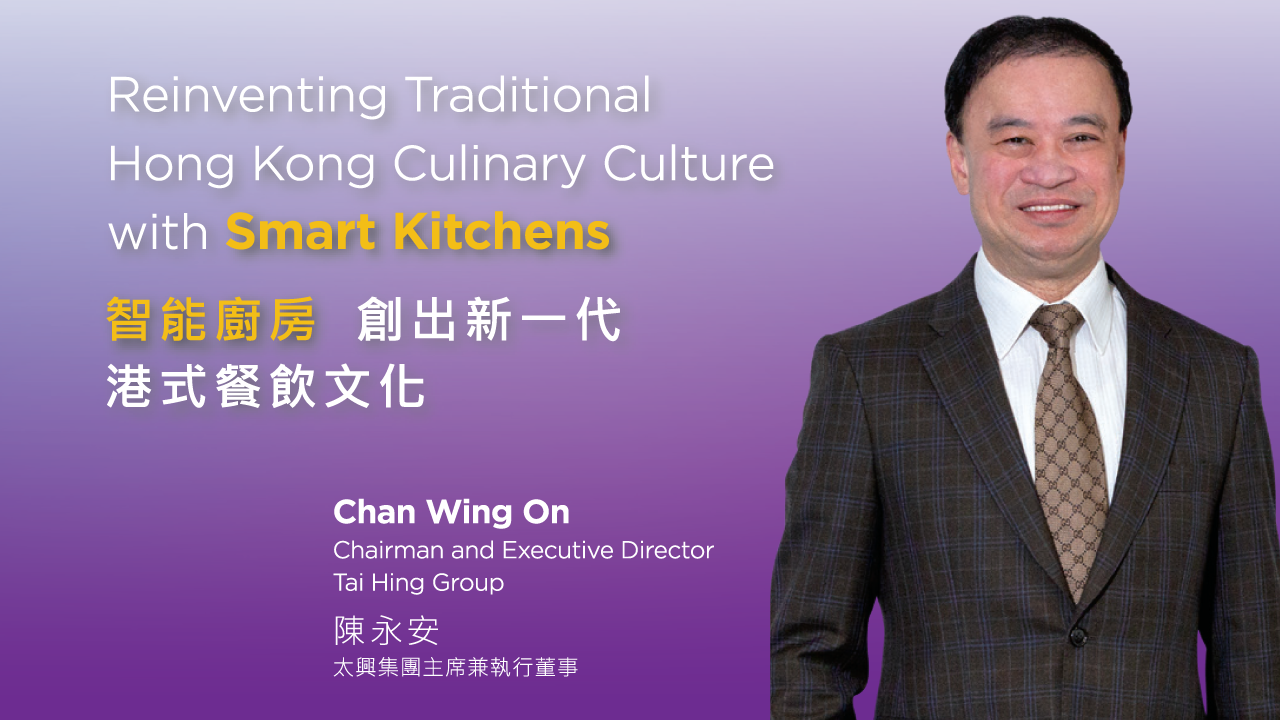 Staying ahead of the curve in many aspects, Tai Hing Group is arguably the “Apple company” of the catering industry. Whether it is the chilled milk tea first invented by them, their iconic “My Hero” advertising campaign, or the automated wok that came in the spotlight recently - all of these creations are well-applauded by its industry peers. Founded in 1989 as a typical “Siu Mei”, or Cantonese roasted meat restaurant in Sai Wan Ho, the company has come all the way in the past 30 years to become a large-scale corporation owning several renowned brands. What are the ingredients of its recipe for success?

“Lifelong learning is my motto. My pursuit for innovative breakthroughs drives me to dig deep to the root of a problem and makes me more sensitive to new ideas around.” said Chan Wing On, Chairman of Tai Hing Group. “That’s why our management team goes on a field trip every year to different parts of the world, scanning for the new technologies or practices that could possibly applied in our business.” Chan explained the source of inspiration that drove their continual innovation. Any sizable business operators in Europe, Japan, Thailand and mainland China can be knowledge acquisition sources of the company.

Tai Hing has obtained three patents for its automated food processing machines, including automated woks with synchronized voice prompt and smokeless ovens. Developed into their fourth generation, the automated woks not only can prepare fried rice and stir-fried noodles, but also can be programmed to prepare more than 300 Chinese stir-fry dishes. Beyond that, Tai Hing has also developed a handful of other automated kitchen equipment, including chicken poaching machines, programmed barbecue pork sauce mixers, air drying oven, as well as poultry roasting oven.

Knowing the extent to which Tai Hing’s R&D capability goes, you won’t be surprised why the brand associates its innovative genes with the fictional superhero and inventor - Iron Man. 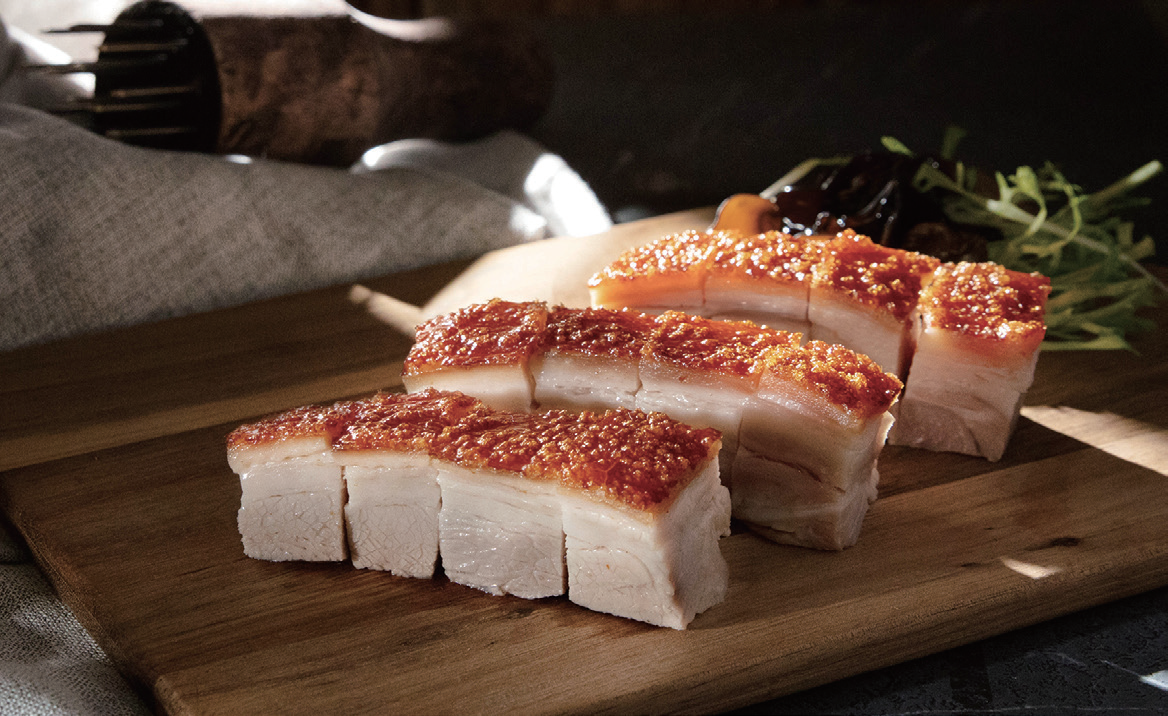 We modified the automation technology brought in from Switzerland and developed into the pork roasting ovens used in our siu mei department, as early as 20 years ago. Our production chains are now highly automated with standardised processes and standardisation is one of the elements that set us apart from the competition, ensuring consistency in food quality and adhering to stringent quality control.

He also added that automation has reduced common occupational diseases among kitchen staffs and become a secret sauce of success for Tai Hing to successfully develop into a large restaurant chain.

Millions of Machines in Operation to Reduce Occupational Disorders

Hugely popular among Hong Kongers, a cup of silky smooth Hong Kong style milk-tea heavily depends on the “force pouring” technique – the process of pouring the tea from a greater distance repeatedly. Such process can bring out the fragrance of the tea, but can also cause repetitive strain injury to staff performing the task every day. Tai Hing resolved the problem by developing and implementing an automated milk tea machine. Their staff can now produce the beverage with the same taste and scent in an easier way. Though tens of pots of milk tea are tediously produced daily, there are no complaints.

Automation has indeed brought a new ambient to Tai Hing’s “siu mei” production unit. Chan explains, “By adopting the programmed poultry roasting ovens in our central kitchen, staff can just focus on quality and quantity control to produce perfectly roasted meat. Workplace safety has been improved, as the job became less heavy lifting, reducing the chances of chronic injuries or accidents at work.

What’s more is that, you can now see female ‘siu mei’ chefs in the kitchen.” “Beyond improving operational efficiency and food quality, these automated kitchen equipment in our restaurants have made our kitchen staff more engaged at work, as they now work in a genuinely safe and healthy, clean and tidy environment. This is also a reason why Tai Hing’s staff turnover rate has always remained at a low single digit percentage
level.” Chan said proudly. Indeed, automation in the kitchen has led to many other advantages – it makes the company less dependent on highly skilled and experienced staff, helps control cost more effectively, and attracts new talent to the industry.

The Group is now actively optimising management efforts in other areas. While enhancing supplier management and supply chain efficiency, they are also looking to further automate the Group’s operational system for future growth. 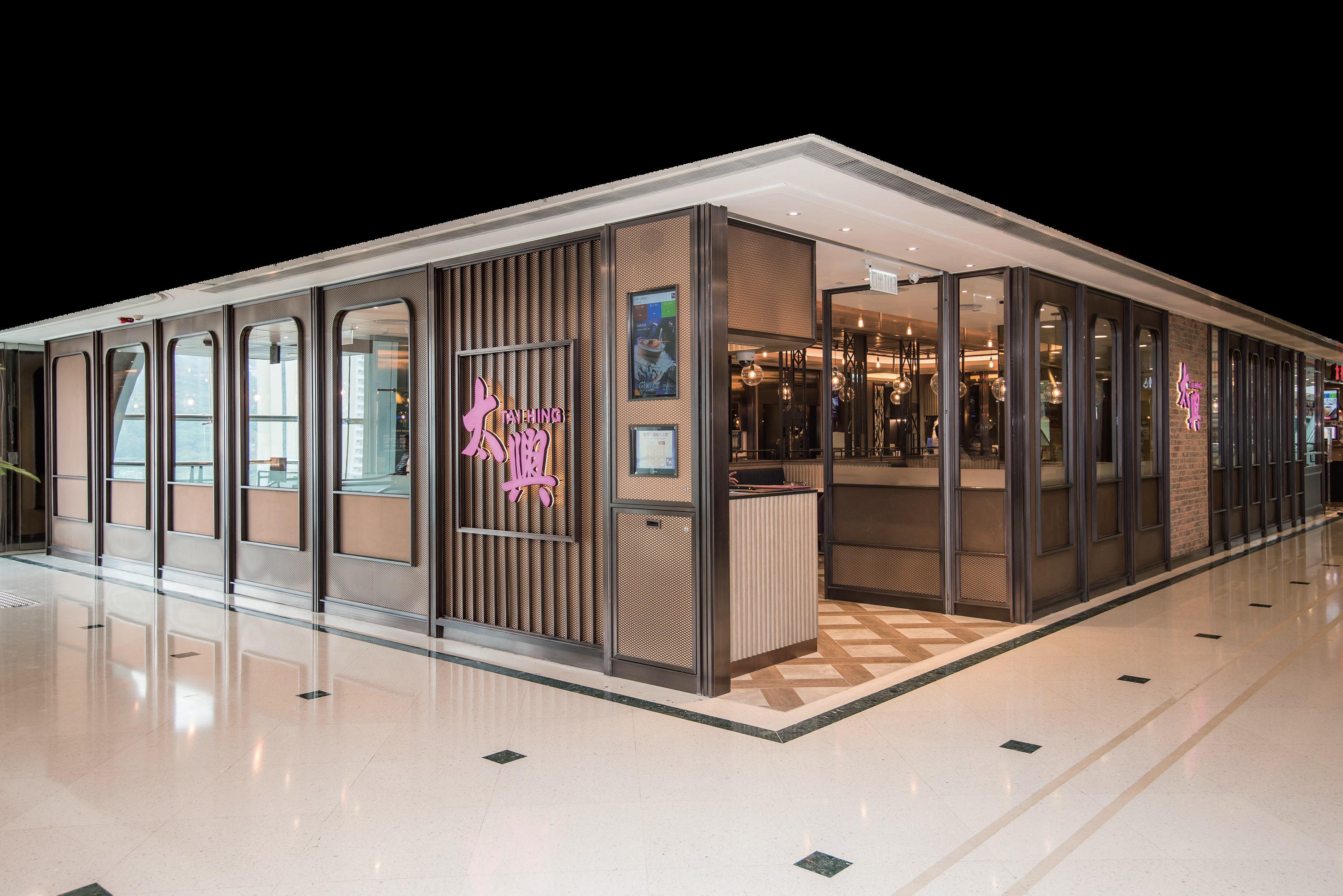 Whoever Has Talent Can Get Promoted

Employees are a company's greatest asset, and Tai Hing puts this into practice. The Group took reference from the best practices of other large corporations, and has launched various programmes which provide opportunities for employee promotions, including internal qualifications framework, staff referral programme, elite training, and management bonus scheme. As of today, close to 500 employees have received training. Employees can apply for tests for different grades at certain times of the year. If they pass the test, they will get promoted, setting out a clear career path for staff. Outstanding staff can even be promoted from waiter to territory manager, or from junior chef to head chef, which is a strong motivation for employees.

When the Group conducts field trip in foreign countries, they not only bring new brands or ideas to Hong Kong, but also explore opportunities to expand its business to foreign market. Apart from traditional “Cha Chaan Teng” business, the Group is also expanding into different types of restaurants. Tai Hing ranked top in revenue in Hong Kong’s self-operated casual dining restaurant market in 2017.

Newly opened in Hong Kong early this year, “Hot Pot Couple” is the first overseas branch of the 30-year-old Taipei restaurant. At the same time, Tai Hing also started
promoting Hong Kong Cha Chaan Teng culture in Taipei by opening their first Tai Hing restaurant in the city in May this year. Its signature dishes – “Five-star Roast Pork”, “Rice Noodles with Beef in Swiss Sauce”, and “Chilled Milk Tea” are highly rated. The second Tai Hing restaurant in Taiwan is expected to open in the second half of the year.

The Group has strategically entered the Mainland China market back in 2004. With over 14 years of experience, it is now operating over 60 restaurants in more than 10 cities, and has become the second largest self-operated casual dining restaurant group in Mainland China. Apart from Hong Kong, Mainland China, Macau, Taiwan and the Greater Bay Area, the Group is actively exploring more business opportunities in the Southeast Asia region.

Chan explains, “The reason why we are able to expand at a rate of 30 new restaurants per year, is because all our nine restaurant brands are value-for-money, the food comes at an affordable pricing and with a taste that is suitable for local market. We are actively developing a series of canned products, including canned Hong Kong-style milk tea and canned curry beef brisket, with the hope of promoting Hong Kong’s food culture to all Chinese communities around the world.” 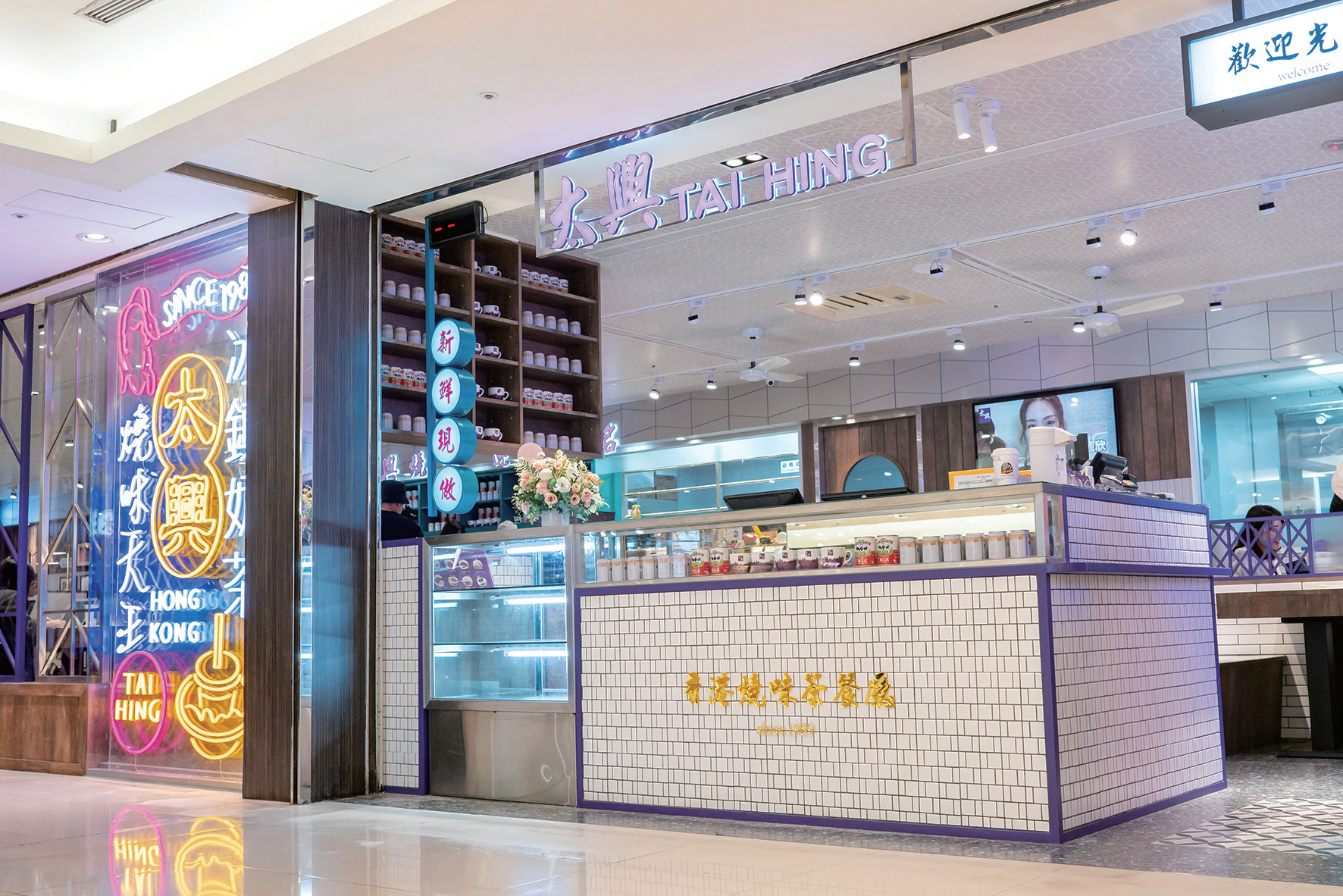 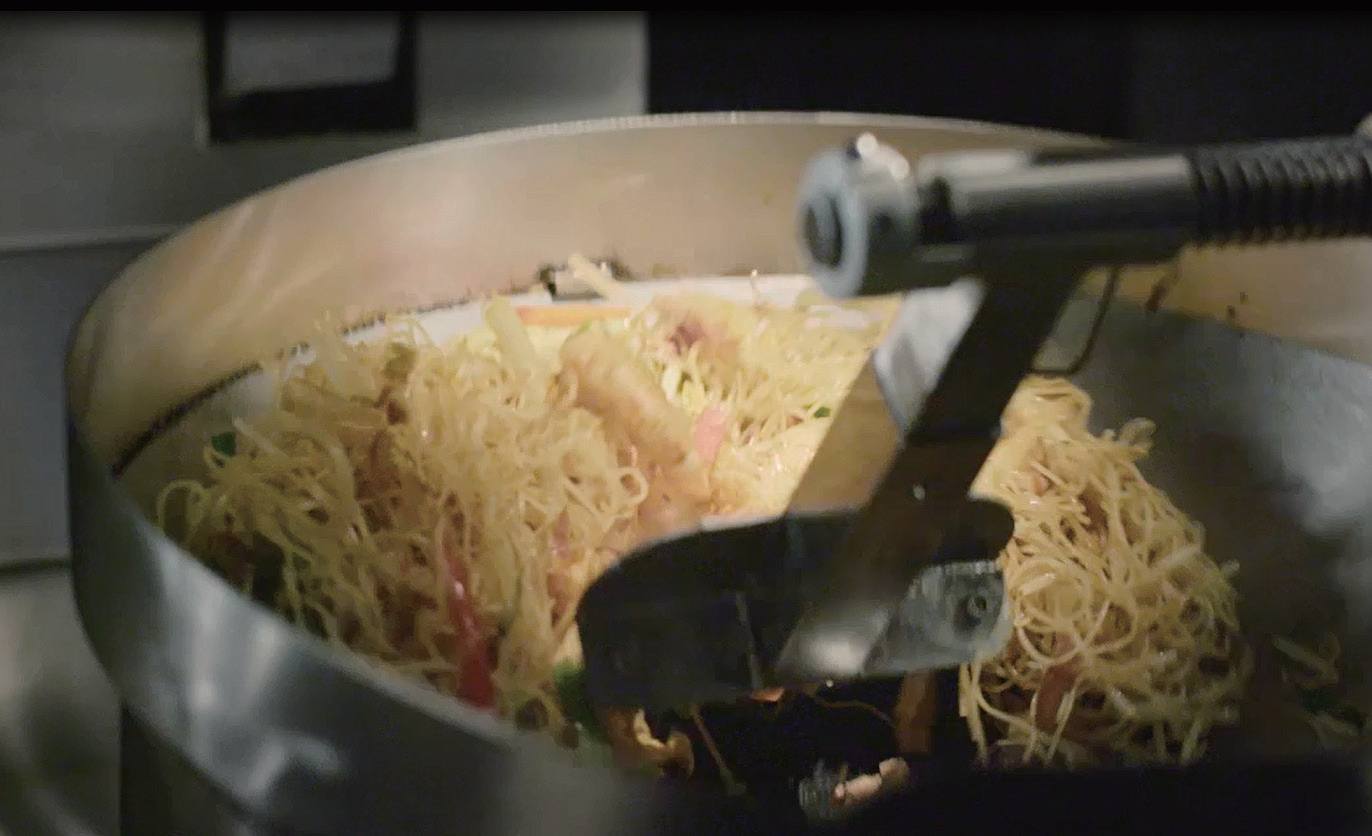 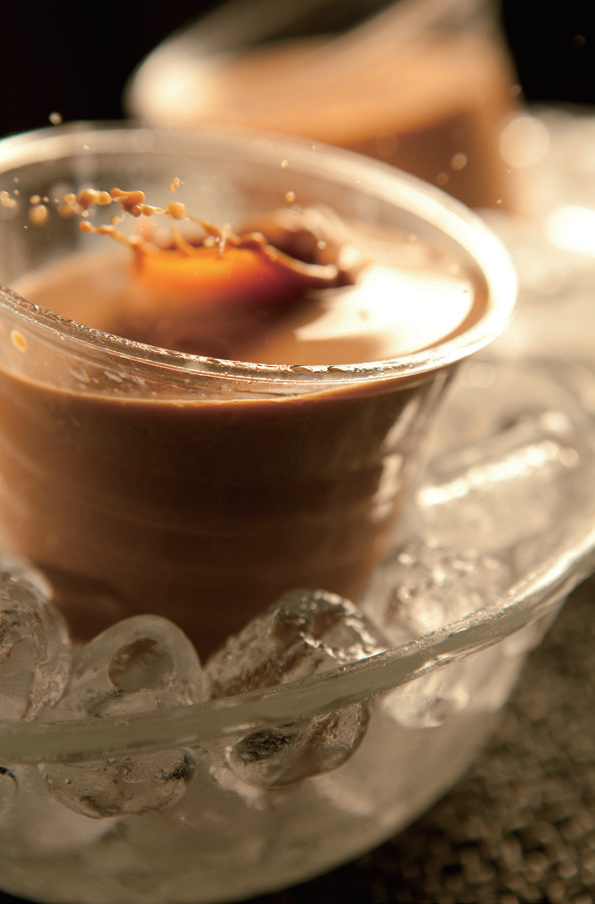 Hong Kong is renowned as a food paradise, besides the high quality and diversity of cuisines offered in the city, Chan believes world-class food safety standards also have a role to play. The food and beverage industry in Hong Kong strictly adheres to a number of international standards, including HACCP, ISO, and food traceability systems.

In order to further enhance Hong Kong’s overall food safety level and supply chain efficiency, the Group appointed Group Advisor Mr. Federick Sin to be a member of Hong Kong Food and Beverage Industry Advisory Board of GS1 HK. In addition, Chan also observes that the Quality Food Traceability Scheme organised by GS1 HK can help enhance the effectiveness of industry measures on food traceability, improve food companies’ capability to deal with incidents, which in turn strengthen consumers’ confidence towards their brands. 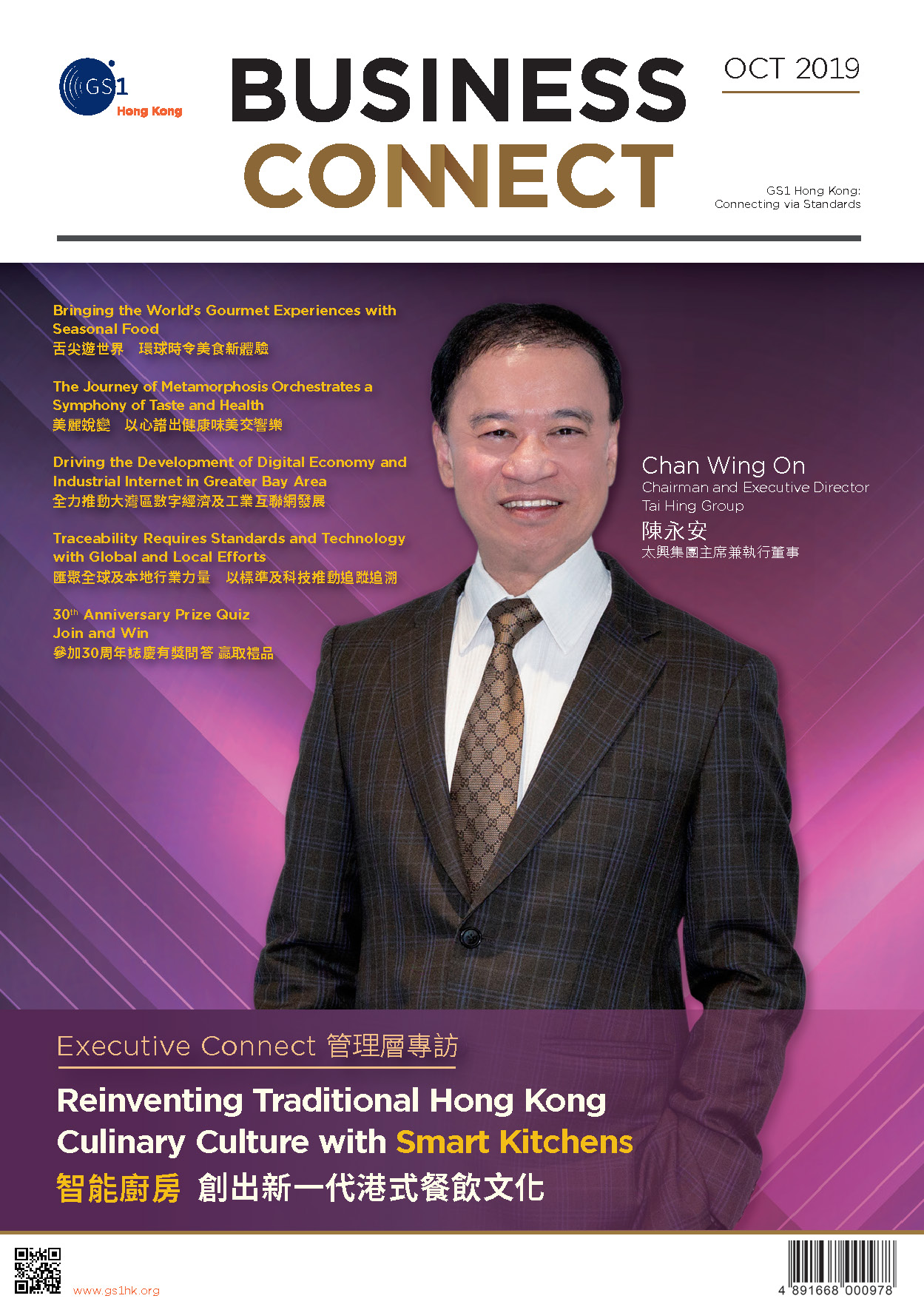 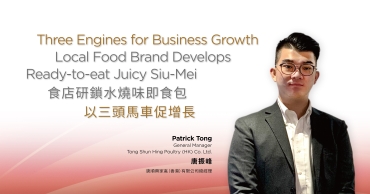 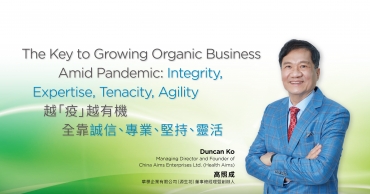 The Key to Growing Organic Business Amid Pandemic: Integrity, Expertise, Tenacity, Agility
In response to the 2-year-long pandemic crisis, Hong Kong consumers have been… 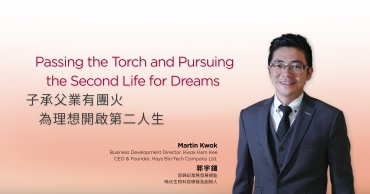